Rose Lavelle kick-started a day that saw young stars shine for both the USWNT and USMNT. The 22-year-old Boston Breakers rookie scored the lone goal for the U.S., her second in just five appearances for the national team.

In the 56th minute, Lavelle made a run inside the 18 and finished off a Crystal Dunn pass just inside the left post. The win was particularly sweet as it was the USWNT’s first victory over Sweden with Pia Sundhage as head their head coach. Sundhage, of course, formally managed the United States and beat the USWNT in the quarterfinals of last summer’s Olympics in Brazil. 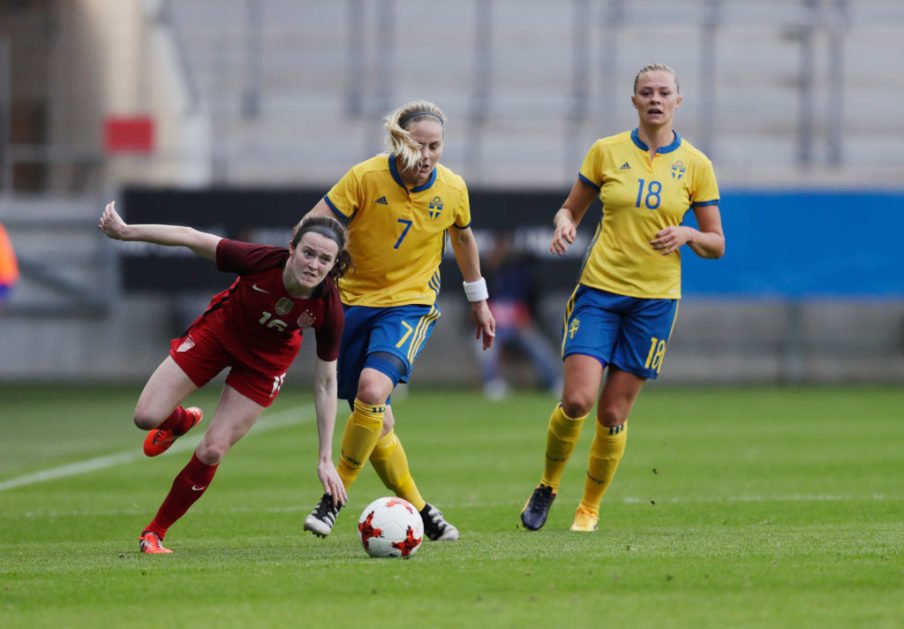 Sweden had a couple chances late, with one shot even deflecting into the crossbar for a corner kick in the 86th minute. The U.S. defense held on, however, and went on to hold the 1-0 lead to the final whistle.

The women’s national team is currently in Europe to play friendlies against Sweden and Norway in a lead up to the 2017 Tournament of Nations in July. The team will surely be glad to have Lavelle in the squad for the tournament as she is the rising star of the USWNT.

Next up for the women is a friendly against Norway on Sunday, June 11th. It’s the same day the USMNT play Mexico in World Cup Qualifying. Perhaps we could have back-to-back national team wins again?