The 25th season of the MLS is set to kick off on the last day of February, and with two new teams and the most expansive television coverage in the league’s history, it might be the biggest one yet. David Beckham’s Inter Miami as well as Nashville SC will join the league, bringing the total number of teams in the league to 26 – 13 in each conference.

The Seattle Sounders are the defending champions having won their second MLS Cup in four years last November, and they’ll once again be in the mix. However, if the odds are anything to go by, it’s shaping up as a close season with a number of teams likely to challenge, and if you’re keen for a punt, check out our blog to find out all you need to know about how to bet on soccer. So, with just a couple of weeks until the season gets underway, let’s take a look at some of the favourites in 2020, as well as a couple of potential surprise packets.

There are as many as six sides which could count themselves as a legitimate chance to take out the 2020 MLS Cup, but the group of Los Angeles FC, Seattle Sounders, Atlanta United and New York City are considered the best of the bunch, so let’s take a look at the prospects of each of the four favourites in the lead up to the season.

After joining the league in 2018, Los Angeles FC wasted no time in positioning themselves as a league powerhouse. They finished fifth in their first year before enjoying a second season which saw them finish with the best record in the league, but their 2019 season came to a disappointing close courtesy of a 3-1 loss to eventual champions, the Seattle Sounders. Carlos Vela led the way as captain, scoring 34 goals throughout the season on his way to winning the 2019 MVP.

In 2020, LAFC will, for the most part, closely resemble the team they put out last year. A couple of depth players have moved elsewhere, while young talents Francisco Ginella and Jose Cifuentes join the club, but their talented front half will again be led by Vela and Diego Rossi, Eduard Atuesta will headline a dangerous midfield and Walker Zimmerman will hold down the fort on defense. 2019 was a hugely impressive season which ended prematurely, and this year, LAFC will be desperate to atone for their Conference Final loss. With a combination of pure talent and a thirst for redemption, they might just be the team to beat.

The Sounders were a surprise MLS Cup winner last year. A consistently dangerous team for a number of years, they were again one of the better sides in the league in 2019 but appeared a rung below the likes of LAFC and New York City FC. They proved everyone wrong with a hugely impressive playoff series, but they will be up against it to repeat the dose in 2020 after a plethora of players, particularly from the defensive end, left the club in the offseason.

Indeed, Kelvin Leerdam is the only defender who started in the MLS Cup final who remains, and their new-look defense – which will include Xavier Arreaga and Nouhou – will play a major role in how they perform in 2020. They still have plenty of talent and the likes of Jordan Morris and Gustav Svensson are certainly capable of taking a step forward, but while they’ll likely be in the mix at the business end of the season, they’ll need things to go their way if they’re to make it two MLS Cups in as many years. 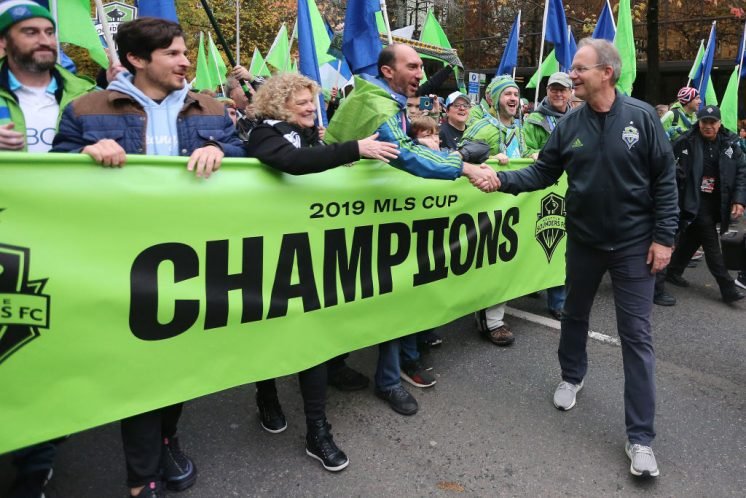 Atlanta United followed up their 2018 MLS Cup win with another impressive season in 2019, but it ended in the Conference Finals when they were downed 2-1 by Toronto FC. Heading into this season they have maintained many important pieces of one of the most talented squads in the league, with Josef Martinez leading the charge up front and the Argentinian trio of Barco, Eric Remedi and Pity Martinez forming arguably the best midfield in the competition.

They have, however, lost a number of important players, particularly in defense, and though these are offset to an extent by the signings of the likes of Brooks Lennon and Anton Walkes, they certainly look a little weaker in 2020 than they have in the past. There’s no doubt that they should once again be a playoff team competing with the best of them, but with the depth they’ve lost they’ll be up against it to win the league.

New York City FC have been a force for a number of years and last year was no different – they lost just six of their 34 regular season games to finish second in the overall standings, though a loss in the conference semi-finals to eventual finalist Toronto FC was a disappointing way to end the season.

In 2020, there’s no reason to expect they won’t find themselves in with a chance once again considering they have retained largely the same squad that performed so well throughout the 2019 season. There’s a reason they’ve made the conference semi-finals for four years in a row, and though their detractors will argue there’s also a reason they’ve never gone any further, perhaps 2020 could be the year.

While the above teams are the most likely to be battling it out come season’s end, there are a number of intriguing teams who will be worth keeping an eye on. We take a look at a couple of those sides below.

The LA Galaxy have been solid without being spectacular the last two seasons with Zlatan Ibrahimović leading the charge. He scored 52 goals during that time and was the focal point of his roster, and now that he is gone there are plenty expecting them to drop off the radar this season. However, they have made some important signings in the offseason – Aleksander Katai is a hugely underrated pickup, Emiliano Insua will perform a pivotal role at the left-back position and Javier Hernandez might be the club’s biggest ever signing aside from Zlatan – and while the loss of Ibrahimović shouldn’t be understated, they are capable of covering the loss of the Swede up front and will be a better defensive team. They might not have the talent of their cross-town rival, but the Galaxy could still cause plenty of ripples in 2020 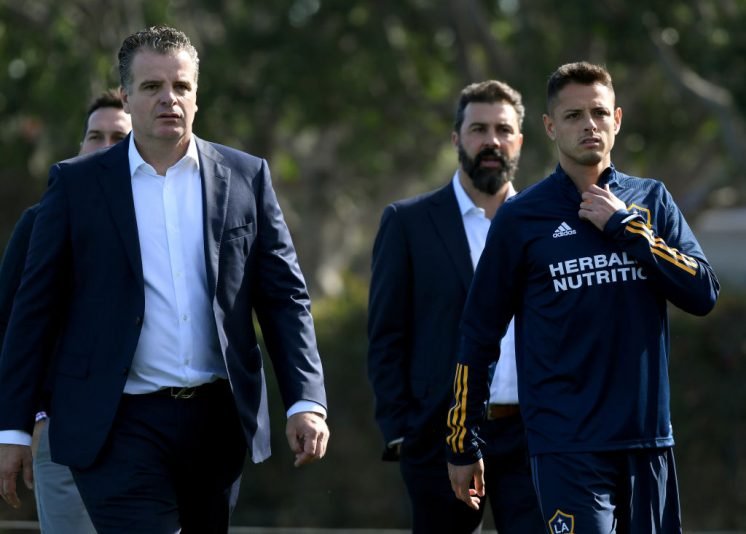 Though it’s difficult to imagine the league’s newest side making an immediate impact, they’ll be the source of plenty of intrigue and will be eager to make waves as soon as possible. David Beckham and co have been frantically putting together a roster to do just that, and while they don’t have a wealth of talent just yet, it’s hard to imagine that remaining the case for long. Already linked with the likes of Edinson Cavani and Luis Suarez, Inter Miami have one of the biggest names in football at the helm, and all the benefits that come with that combined with the promise of the Miami lifestyle means it shouldn’t take long for the new club to draw some serious talent to the league.